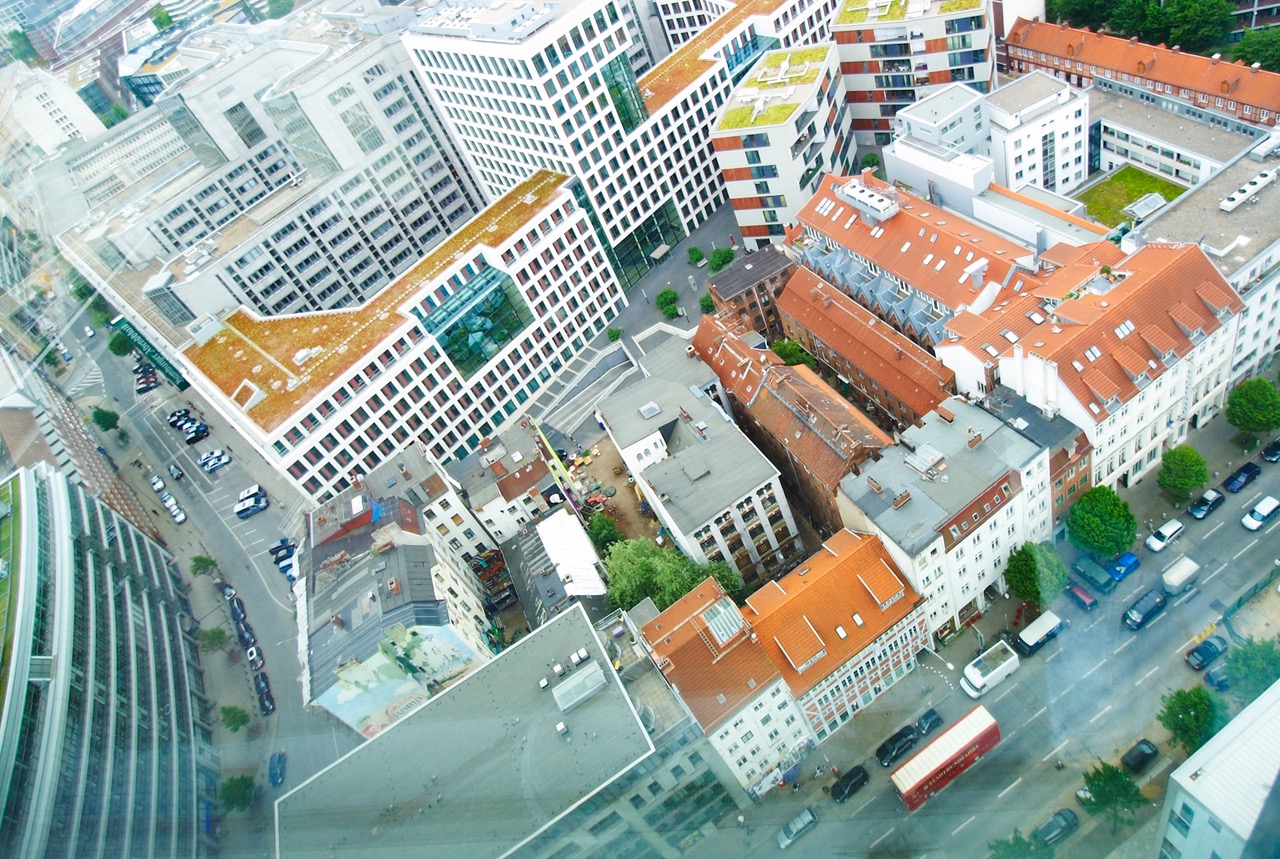 In the following article I will touch upon my research regarding cooperation between citizens and city councils in the co-production of urban resilience. To this end, I utilize an experimental research setting, by using the Gängeviertel in Hamburg’s inner city as a real-world laboratory. The thirteen historic buildings that were squatted in summer 2009 in order to encourage more space for art and culture in the inner city of Hamburg lend themselves to my analysis as a real-world laboratory.

The development of cities takes place in a complex web of challenges, such as climate change, demographic change and economic crises. Interruptions of this kind hinder the sustainable development of cities. Politicians and planners must therefore ask themselves in what ways they can shield cities in order to promote sustainable development. Consequently, the concept of urban resilience plays an important role. “Urban resilience refers to the ability of an urban system […] to maintain or rapidly return to desired functions in the face of a disturbance, to adapt to change, and to quickly transform systems that limit current or future adaptive capacity (Meerow et al, 2016, p. 39).”

The resilience of a city correlates to the specific qualities of its subsystems such as diversity, cooperation, modularity, redundancy, multi-functionality, innovation and self-organization (Sharifi et al, 2017 p. 17). In order to utilize these qualities, alternatives to the existing range of municipal and private-sector services must be developed, in accordance with site-specific urban environs and infrastructure. Urban resilience means cooperatively developing the ability of cities to systematically adapt and transform in light of the challenges they face. In order to achieve this aim, the relationships between politics, municipal administrations, economics and civil society must be recalibrated.

This is especially true for the cooperation between planners and citizens. In recent years, many cities have witnessed the growth of numerous formal and informal organizations actively contributing to resilient urban development and planning. These include small-scale housing cooperatives, energy cooperatives, cultural projects, urban gardening projects, and neighbourhood regeneration initiatives. However, the contributions and potential of these groups for urban development are not yet sufficiently integrated into an urban development policy and administrative praxis that seeks to foster a future-oriented development (Frantzeskaki et al, 2016, 41ff.).

In the course of my research I pursue the question of how a municipal administrative apparatus and citizens groups can cooperate in order to increase the resilience of their cities. In order to generate the necessary knowledge, spaces for experimentation are needed in which planners and citizens can learn from each other, co-design urban development, and establish spaces that heighten the resilience of their city. A decisive factor with regards to a future-oriented urban development is whether or not such spaces for experimentation can be successfully identified and utilized to pave the way for new models of cooperation between municipal politicians and citizens.

The Gängeviertel in Hamburg, Germany, is one such space for urban experimentation. The ensemble of thirteen vacant buildings in the inner city was squatted in August 2009 by approximately 200 artists and activists. The peaceful appropriation received accolades and support from numerous media outlets and the public at large. The widespread and diverse support encouraged the Hamburg senate to develop the Gängeviertel in cooperation with the squatters. The resulting development concept – a mutual effort between the city and the activists – ensures that the buildings and surrounding area will be renovated, refurbished and transformed into a lively, vibrant quarter of Hamburg’s inner city. The plan calls for publicly-subsidised apartments, studios, workshops and a sociocultural centre. The financial expenditure has been capped at 20 million euros. Furthermore, the City of Hamburg and the activists of the Gängeviertel reached a cooperation agreement whereby the goals and the procedural aspects of the cooperation are more precisely elaborated.

The development concept is based upon the uses that the artists and activists established in the various buildings shortly after the initial campaign ʻKomm in die Gängeʼ (a German play on words meaning both ʻcome in the alleywaysʼ and ʻget into gearʼ). Completely independent from the renovation to come, they have created a lively, colourful area out of the formerly abandoned Gängeviertel. Diverse activities are continually on offer to the public, while the emphasis on affordability and retaining the quarter’s non-commercial character ensures access for many. Thus, the Gängeviertel today demonstrates multiple social and cultural functions, which, due to ever-increasing rent prices, are increasingly scarce commodities within Hamburg’s inner core. By fostering economic, cultural and social diversity in downtown Hamburg, the activists are producing a worthy contribution to the resilience of the city. 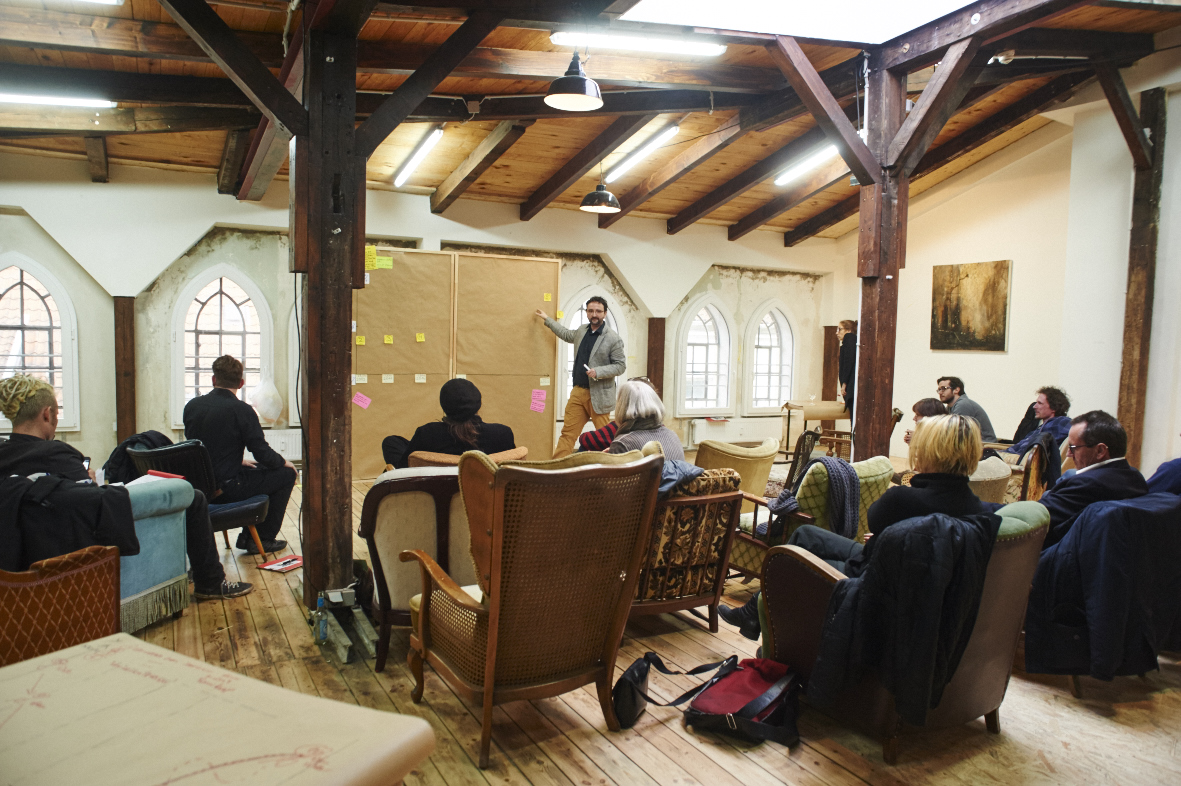 These contributions are primarily based upon the active engagement of citizens and volunteers as well as their self-organized structure. The Gängeviertel is collectively run on the basis of volunteer work and the organization of an open and grassroots democratic structure (including but not limited to various working groups, an informal general assembly, a cooperative to manage the property and an association responsible for cultural output) (Derwanz / Vollmer, 2015, p. 237ff.).

In order to guarantee the continued, long-term input of the Gängeviertel for urban resilience in Hamburg, the cooperation partners have to ensure that the development of the quarter is compatible with the self-administration of the activists. This creates a conflict of interest, however, which makes the successful realization of the cooperation more difficult. The activists of the Gängeviertel would like to buy the thirteen buildings at a discounted price, or secure a long-term leasehold arrangement. Conversely, the City of Hamburg would like to maintain control over the renovation process, and seeks to avoid selling the buildings below the current market value. In order to take time to find a solution to the conflict, a planning stop for all further renovations was agreed upon in 2015 (Ziehl, 2016, p. 81ff.).

The Gängeviertel as real-world laboratory

In the context of my research I use the Gängeviertel as a real-world laboratory, in which I initiate real-world experiments. Real-world laboratories offer a pre-defined investigative and operative research field, in which transformation processes and their relevant actors – as well as the internal and external influences upon their actions – can be observed. They provide a space in which the researcher can make calculated interventions with the aim of expediting and gaining a better understanding of transformation processes. By doing so, researchers take on an observant and influential function, with which they gain knowledge and actively participate in the fashioning of social processes. The specific knowledge that is gained from their actions and observations is directly related to the experiences, values, and motivations of the actors involved. It is therefore concretely applicable within the transformation process and can lead to improvements in the process itself (Schneidewind / Singer-Brodowski, 2014, 125ff.).

“In short, [real-world laboratories] can be described as places of learning, which can have various types of impact: they create socially robust and socially acceptable solutions for actual problems, they serve as a testing ground for new knowledge and solutions, and they can facilitate transferability of solutions to other contexts. The basic assumption is that experimenting and learning-by-doing is important not only to initiate change, but also to arrive at a better understanding of transformation processes per se.”
– Schneidewind et al, 2016

Real-world laboratories are primarily discussed as a research method in the German-speaking world. Internationally, there exist many research approaches that demonstrate similarities with regards to methodology and content, in order to investigate and shape transformation processes. These include living labs, transition experiments, urban transition labs and niche experiments (Schäpke et al, 2017, 28). 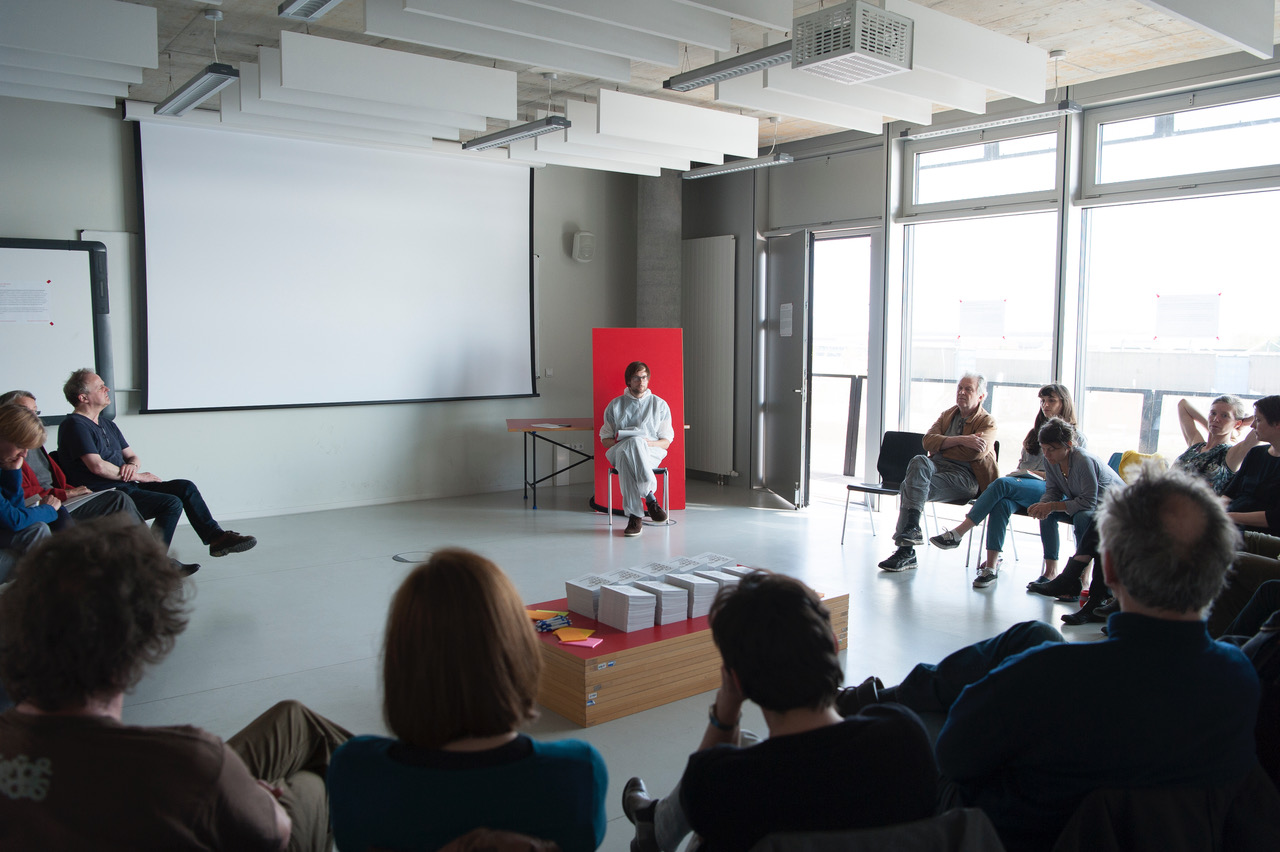 As the results of the research show, an effective cooperation and joint effort is hindered by the basic conflict about ownership, as well as other factors including mistrust, suspicion of each other’s motives, communication problems, lack of time and money, as well as a difference in the setting of goals and priorities. The latter is influenced by divergent visions on behalf of the actors involved as to how a successful renovation process and refurbishment of the Gängeviertel should look like. Real-world laboratories and real-world experiments offer the possibility to work through these problems with all parties involved and actively support the discovery of solutions that are amenable to them. In this way, researchers not only gain knowledge from the process but also can make concrete contributions to a future-oriented transformation of the urban fabric – this is done in large part by facilitating cooperations that support increased resilience in the city.

About the author
Michael Ziehl is Dipl.-Ing. Architecture as well as MSc in urban planning. He works as an urbanist, publishes and lives in Hamburg. He leads the organization Urban Upcycling – Agency for Urban Resources, co-founded the Hidden Institute and has been active in the supervisory board of directors for the cooperative Gängeviertel Genossenschaft 2010 eG since its establishment. The article has been translated from German by Shaun Hislop.