Institut for (X) is an independent platform for culture, creative businesses and education founded in Aarhus in 2009. IF(X) was started by the design agency Bureau Detours who was given permission by Aarhus municipality to make new but temporary use of the old freight buildings.

In its beginnings it has been a laboratory for a wide range of urban experiments and thus the basis for the work now carried out to ensure the best possible townpart – the new urban district Aarhus K.

IF(X) has managed to become a popular local and political partner and is often used as a posterchild for urban co-creation between the municipality and private entrepreneurs as well as to enhance the appeal of Aarhus.

IF(X) is characterised by a diverse blend of cultural productions, small medium sized businesses and recreational functions available to the public. Currently the area contains 250 + active members, 90 studios and workshops, 50 businesses, 25 associations. IF(X) is structured as a self-managed and self-built environment and a city within the city, containing activities that are referring outward as well as inwards. The many users actively collaborate in a supportive network in a hands-on environment that invites everyone to use and co-produce it. In this sense IF(X) is continuously redefined by growth and adaptation by the members of the platform.

The open and inspiration-driven attitude and work methods of IF(X) is however somewhat of an ongoing challenge in working with the municipality and urban developers involved in creating Aarhus K by the use of new knowledge and cutting edge principles for designing urban areas.

IF(X) actively plays on the synergies between politics, business, culture, community work and urban life, in order to support and build on the overall image of Aarhus as a creative city.

IF(X) has recently negotiated a 10-year extension agreement with Aarhus Municipality and has thus insured its continuing role in contributing to the development of the creative district. 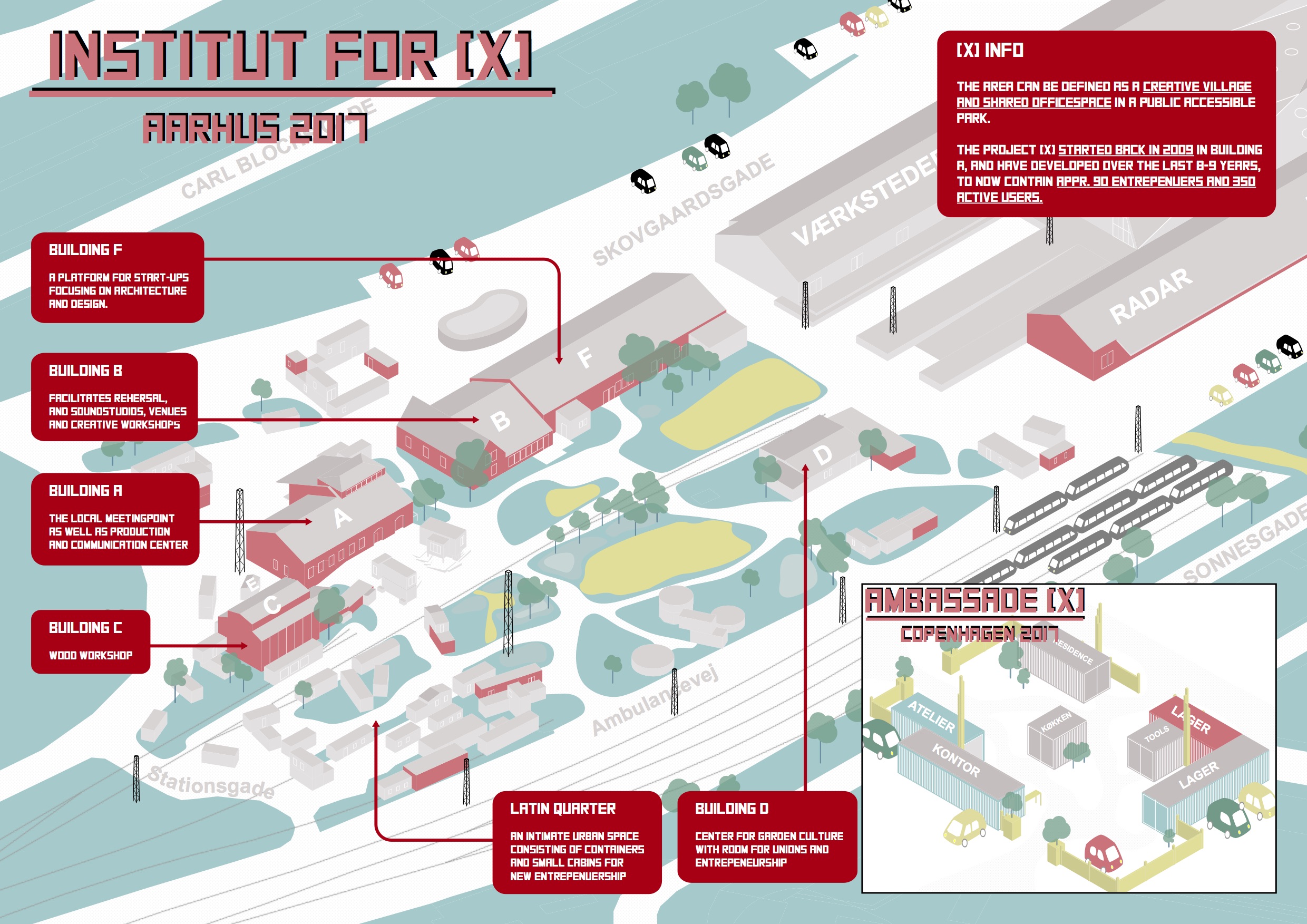 The most recent expansion of IF(X) is Ambassade X (Embassy of X) in Copenhagen, situated in Carlsberg Byen (the old industrial urban area of the danish brewery Carlsberg). AX is a place for cultural production available to designers, architects and craftsmen living in Copenhagen, and curated as a collaboration between Carlsberg and IF(X) i Aarhus.

The site is built primarily using shipping containers and materials available in the area. AX utilizes principles of temporality and fast adaptation to changing needs and thereby lowers the needed willingness of risk taking on the part of the owners of the area.